While the 48s have been taking a little break from the road, things have been hopping around here on the recording front.

The amazing Dana Thompson and I have just finished our first new Minor Planets record in a decade. The album is called Shadow in the Water and it’s a departure from the traditional bluegrass that’s been my modus operandi in recent years.

Shadow in the Water is our take on the classic countrypolitan sound. We had a chance to work with a lot of new musical colors on this album. In addition to steel, fiddle, mandolin and banjo, this album has strings, loops, vibes, even celesta. We had a lot of fun working on this one and are proud as can be about how it turned out.

Shadow in the Water will be released early fall with an official CD release show(s) later in the season. I’ll be posting more info here, but in the meantime, you can find more info at www.theminorplanetsmusic.com. 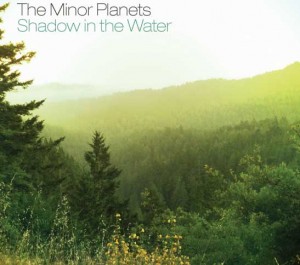 I’ve also been working on a soon-to-be-released CD by my High 48s bandmate Anthony Ihrig. In addition to being a world-class banjo player, Tony is a fine songwriter and is now taking a turn as a band leader.

His new CD was tracked last winter and spring at Wild Sound in Minneapolis, with Jed Germond on mando and steel and Dan Christensen on bass.  I’m told that a CD release show is in the works, and I’ll be plugging that on my website just as soon as the details are confirmed. In the meantime, you can find out more at www.anthonyihrig.com.

I’m in the process of collecting the tunes right now and have been making a lot of exciting musical discoveries, which I’ll be detailing here later. Recording will begin in late fall/early winter and I’ll be working with some of my favorite acoustic musicians, including some non-bluegrass musicians. Look for a spring ’12 release on this one.

Also just wrapping up work on a new CD from Art Stevenson and Highwater. Let me say this: I’m a huge Art and Highwater fan. Huge. They’re not just one of my favorite Midwestern bluegrass bands; they’re one of my favorite bluegrass bands period. So it’s been a thrill to contribute fiddle to this project. Art tells me that the album is being mixed right now, and I can’t wait to hear it! More on that soon.

Finally, in September I’m going to be going back into the studio to work on a bluegrass project with Dana Thompson. I’ll be making an announcement about this project and that recording later in the fall. Stay tuned…

← Remembering Kenny Baker
A Banner Weekend at Bluegrass in the Pines →